CHRISTIANS OF THE WORLD
ALL CHRISTIANS
Christians number 2.2 Billion worldwide (all Catholic, Protestant, etc.,) within 6,876 total people groups compromising 28.6% of the world population.
EVANGELICALS
Evangelical Christians total 550 million (Operation World 2015).
Evangelicals have grown from only 3 million in AD 1500 to 550 million worldwide, with 54% being Non-Whites.
In ministries, there are 4.19 million full-time Christian workers and 95% are working within the Christian world. [original source, Frontier Harvest Ministries, 2007]
There are 900 churches for every unreached people group. (USCWM, Mission Frontiers, 2001)
There are 78,000 Evangelical Christians for every unreached people group.
LANGUAGES
TOTAL LANGUAGES:
There are estimated 6,909 Languages worldwide.
THREE LARGEST LANGUAGES:
Mandarin Chinese 12.44%, Spanish 4.85%, English 4.83%, (first-language speakers)
BIBLE TRANSLATION:
4,400 languages are without Scripture portions available, with some 634,000,000 speakers. Translation projects are in progress in an estimated 1,600 languages that currently are without adequate Scriptures. There are about 2,500 languages needing Bible translation work to begin. (joshuaproject.net)
Of the world's approximately 6,900 languages, 4,765 have at least one of the following: Bible portions, the Jesus Film, Christian radio, or Gospel recordings. The total number of speakers of these languages is 6.2 billion which represents over 95% of the world's population. 2,135 languages have none of these resources available, with about 195,000,000 speakers.
Language Source:
MONEY AND MISSIONS
WHAT CHRISTIANS EARN:
Annual Income of all Church Members: $42 trillion.  [1]
(Annual income of Evangelical Christians is approximately $7 trillion.)
WHAT PEOPLE GIVE:
Given to any Christian causes: $700 billion. [1]
“
Americans have recently spent more money buying Halloween costumes for their pets than the amount given to reach the unreached.
That's also how much we spend in America on Christmas.
Given to Missions: $45 billion
That's only 6.4% of the money given to Christian causes of any kind (2015). [1]  *5.6% reported in 2010, GAC [2]
That's also how much we spend in America on dieting programs.
Embezzled:  If you are doing the math and realize there are $50 billion missings, this is where it went. [1]
HOW CHRISTIAN GIVING IS USED.
Pastoral ministries of local churches (mostly in Christian nations):  $677 billion (96.8%) [2]
"Home Missions" in same Christian nations:  $20.3 billion (2.9%) [2]
Going to Unevangelized Non-Christian world: $2.1 billion (.3%) [2]  *This is different than "Unreached"
Money that goes toward Unreached Peoples: *Estimated $450 million [3]
[3] *In 2001 only 1% of giving to "Missions" went to unreached - if that trend holds true today it would be $450 million.  The estimated $450 million going toward UPG's is only .001% of the $42 trillion Income of Christians.  For every $100,000 that Christians make, they give $1 to the 10% of their income to missions we could easily support 2 million new missionaries.
Sources: Download "Status of Global Christianity below.  [1] International Bulletin of Missionary Research, Vol. 39, No. 1,  also World Christian Database, 2015,*Barrett and Johnson. 2001. World Christian Trends, pg 656, [2] Todd Johnson, Global Atlas of Christianity, pg 296, [3]. Baxter, Mark R. 2007. The Coming Revolution: Because Status Quo Missions Won't Finish the Job, pg 12.  Halloween Costumes
KBA_India_Selects__178.jpg
MISSIONARIES AND WORKERS
ALL MISSIONARIES
All Missionaries in the World (Catholic, Protestant, etc.): 400,000 foreign missionaries [1]
Missionaries in the Reached World : 309,315 foreign missionaries (77.3%) [2]
Missionaries in the Unevangelized : 77,610 foreign missionaries (19.4%) [2]
Missionaries in the Unreached: 13,315 foreign MISSIONARIES.
Is God to blame for not "Calling" People to Missions?
If everyone is obeying God’s “calling” to be a missionary wherever they are then God is calling 99.9995% of people to work among the 44.3% of the world population that already has the gospel, and calling virtually no one (.0005%) to relocate among the other 55.7% of the world population that is not Christian. You have a better chance of being in a plane crash than being one of the few missionaries to the unreached out of the total 2 billion Christians in the world.
In light of God’s word, this seems unfathomable and it appears to be almost complete disobedience on the part of the Church worldwide to go make disciples of all the nations. Financially we are hoarding 99.99% of our income to ourselves and what little is given is mostly directed toward reached people groups.
The current status quo is to do virtually nothing to reach the UPG’s of the world. The percentages of manpower and money focused on UPG’s are almost undetectable they are so small. The amount of resources that fall off the Christian table for unreached peoples is more comparable (I Googled it…) with the number of skin cells you lose over a month’s time: something hardly worth calling a sacrifice of the body. 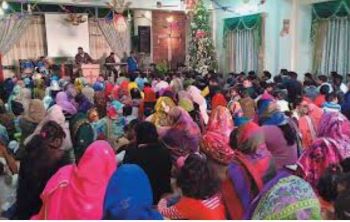 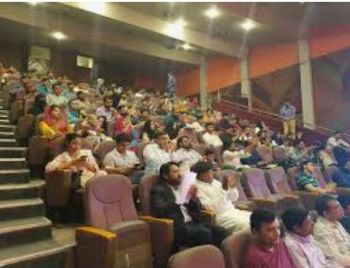